Wowww it’s been ages since I’ve revisited The Authority! (Or used LJ for that matter.) Don’t know if I still have followers who remember those days, heh >_>

Anyway, I participated in a Charity Art Auction, in which 100+ alumni produced art of their favorite superheroes to bid on. Apollo and Midnighter remain my main guys, but it seemed like a raw deal to stop there so I did the whole classic team: Jenny Sparks, Apollo, Midnighter, The Engineer, Swift, Jack Hawksmoor, and The Doctor will always hold a special place in my heart :)

From AUG 24 - SEPT 6, you can pick up this EXCLUSIVE framed art quality print poster and donate to a good cause at the same time by bidding in the Jules Jammal scholarship

You can bid on this or many of the great exclusive superhero themed pieces created by my fellow alums, please check it out! [x]

Wow, okay, I guess it's been over a full year since I mucked about on Livejournal.  Wild..  I can only assume those who are still watching me have either moved onto Tumblr (WHICH I CAN'T- IDGI EVERYTHING IS SO CONFUSING AND I'M OLD) or forgot?

Regrettably for the past year I'd been too busy and overwhelmed with school/job crap to visit the old flist.  Recently I started tucking into Tumblr and checking out the.. tags and whatnot, but since sliding back into a couple fandoms, I realized I really miss the sense of community on LJ. Tumblr still kind of freaks me out. (BTW if you want, I'm here, though I don't do much but reblog and then get confused again by the interface...)

So the sparknotes version, within the last year, I:


Fandom-wise, I actually got back into Les Misérables something crazy hard.  [Fandom and shippy stuff]That was my jam during childhood (because it turns out my parents are super gay for musicals and they wanted me to be too) and...looking back on it now, I'm beginning to see how repeated viewings of Philip Quast's Javert in the 10th Anniversary Concert molded a lot of my prevailing character archetype crushes in the years that followed: Uniform? Check. Stoicism? Check. Self-righteous? Check. Kind of a straight laced asexual anti-hero type? Check. Powerful desire to see dude he has an ongoing rivalry with mess him up? Check and check.

A peek into what fandom there was for it about a decade ago was pretty disappointing, especially as someone who liked the Valjean/Javert dynamic the most, but wonderfully Tom Hooper's film seems to have breathed new life into the fandom and the ship in particular.  (I have Thoughts on his film, but three viewings later I feel like it's mostly just "I don't mind Crowe's voice as long as I'm looking at him" and "medium shots plz".  That, and we'd better get an artbook where we can see those beautiful sets, because it's like Hooper didn't want us to see them.)  And for the first time in years, I'm doing the whole obsessive inbox checking for updates thing every couple of hours, and honestly itching to do some drawing again.  I don't know if that's sad or what, but I'm kind of excited to be feeling like this again.  Even if it is, once again, when I'm right in the middle of some looming deadlines XD

So that's it--I hope to be around more to see what all you lovely folks are up to these days, because I've missed you :)  WHAT HAVE YOU BEEN UP TO, SWEET PEAS? *chinhands*

ETA: So um, if you're a classmate of mine, and you came across this site either via facebook or watching me futz about on the internet over my shoulder... I apologize in advance for everything you're about to see. (You brought this on yourself.) 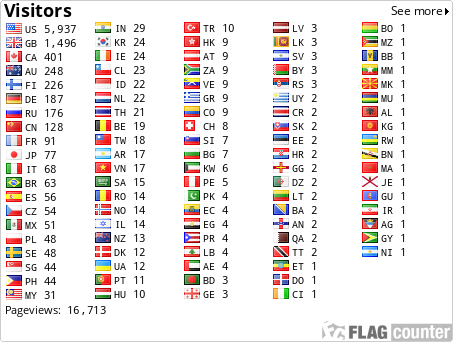 Little late, I guess, but I just got back from trick-or-treating and a much needed shower. (Fortunately acrylic sluices right off.)

Oh, right, so this was my costume: Just orange pekoe black tea and watered down acrylic paint, ( Collapse ) And I could not, in fact, see very well at all. Which was convenient because all the houses we went to were made out of stairs.

Anyway, got a small but respectable candy haul from the area around campus, and got to forget for a couple of hours that I still have a metric fuckton of things to do this week -_- Including a brief presentation on my film for the school's chancellor or something which IIIII can't stop being jittery about. Le sigh.

(I'll talk about that in more detail when I can finally wrap my brain around the experience of directing an animated short film. Right now, I'm still lazy from Twitter and between BFA and directing, I think I just has the dumb for everything else at the mo...)

Hope your Halloween was safe and fun! :D

I found this on my Facebook Wall this morning.

It's from my old animation professor.

That is all XD

I JUST CAN'T STOP WEEPING WITH JOY. THE TEARS DON'T STOP. (Sorry, I'm.. I really don't have enough fucks to give that your flists are probably saturated with this right now. Or will be, in a matter of hours.)

SO MANY FEELINGS. I HAVE ALL OF THE EMOTIONS RIGHT NOW.

ETA: AvatarSpirit updated with a really interesting list of information from the Avatar panel. Copypasta'd behind the cut:

... there was nothing in those notes that was not exciting to me (OMG TOPH, YOUR LEGEND LIVES ON T__T)

So whose Captain America: The First Avenger premiere experience involved at least one audience member breaking out into a round of AMERICA, FUCK YEAH? (I'd set up a poll but I don't feel like it.)

Speaking of the audience, we spotted a couple star-spangled cosplayers in line, one person wearing the actual American flag, and one Na'vi.

Without getting spoilery, it was fun. HAM and CHEESE everywhere (Weaving brought the ham; headshots!with!effects! brought the cheese), plus a heaping helping of weird music video shots that confused more than informed where the characters were or what they were doing or why, but one doesn't question that many motorcycle jumps and leaping-over-explosions moments XD Like I said, fun. ( Collapse ) But I will say, I'm mildly disappointed Cap didn't jack anyone's car. Or at least add a little homage to this:

I don't honestly have that many thoughts on this. Chris Evans was probably the best thing about it--I was skeptical (not because I didn't think he could handle a dramatic role, but because I had suspicions about where they were going with the character, as Evans tends to be typecast) but he was capable and, you know, he was fine. Also foine.

So was Bucky. And Peggy. And random sexy!Tudor lady.

(BTW Hayley Atwell, the actress who plays Peggy, said "man-boobs" on Craig Ferguson which makes her my favorite person of the week :3)

To the remaining forty-four, let's catch up, shall we? Let's race. In between animating my shots, I did a couple practice doodles of Hicox!Fassbender. This was the only one that didn't look like it should be selling a roll of Brawny paper towels XD

In the meantime, so far summer's been spent either animating on my classmate's film during the weekdays, meeting with the pre-production team for my film over the weekend, and trying to scrape time to work on stuff for those meetings, um, also during the weekdays. Fun times.

Anyway, at the upcoming meeting, we'll be looking over everyone's take on the lead character design. I'm hoping this won't have to involve a session in "This Is How To Draw East Asian Faces, And No That Doesn't Mean Just Draw A ("Normal"/Default/White) Face With Hilariously Tilted Slit Eyes" but even with all the Asian people in our department, I'm not holding my breath. I'll just look forward to being pleasantly surprised.

(Started typing up a giant reaction post to all the movies I watched in the last two months, but somehow Fassbender's woobie face just seems more illustrative.)

Edit: "Baking will not bring you peace, my friend."